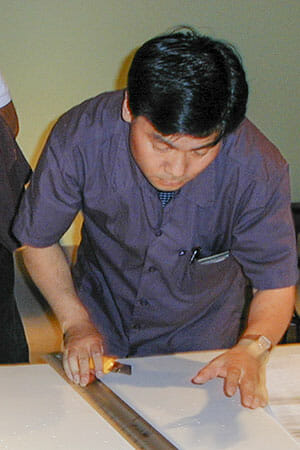 Mr. Kihara has been teaching the art of creating pop up cards to children throughout Japan for several decades. He has given several workshops in the United States and, his Sydney Opera House design (which we are now pleased to offer on this site) has been part of the collection at the Cooper-Hewitt National Design Museum since 2000. His work was included in the 2001 exhibition at the American Craft Museum in New York.

Mr. Kihara’s work on “origami frames” is an important early contribution to the application of origami-inspired folding techniques now being used in a wide array of engineering applications.

You can see more of Mr. Kihara’s work on his website.