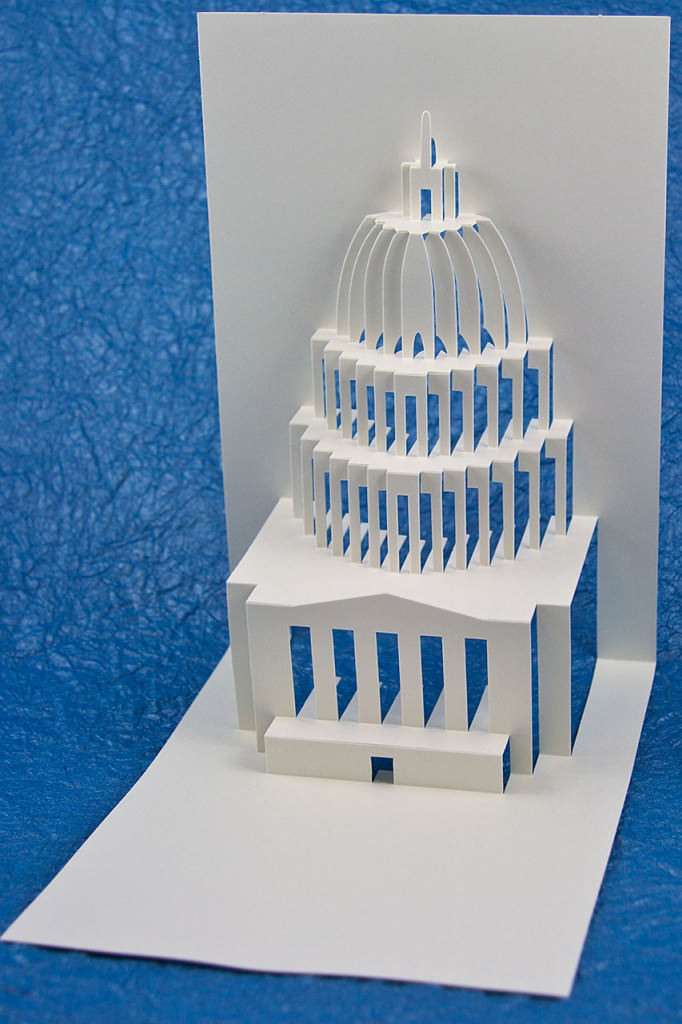 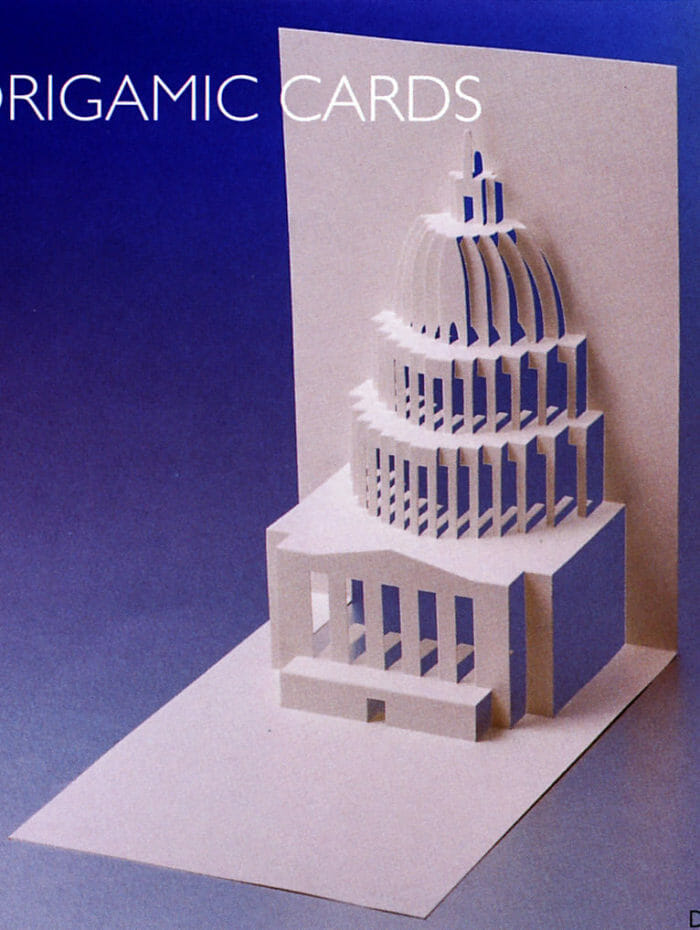 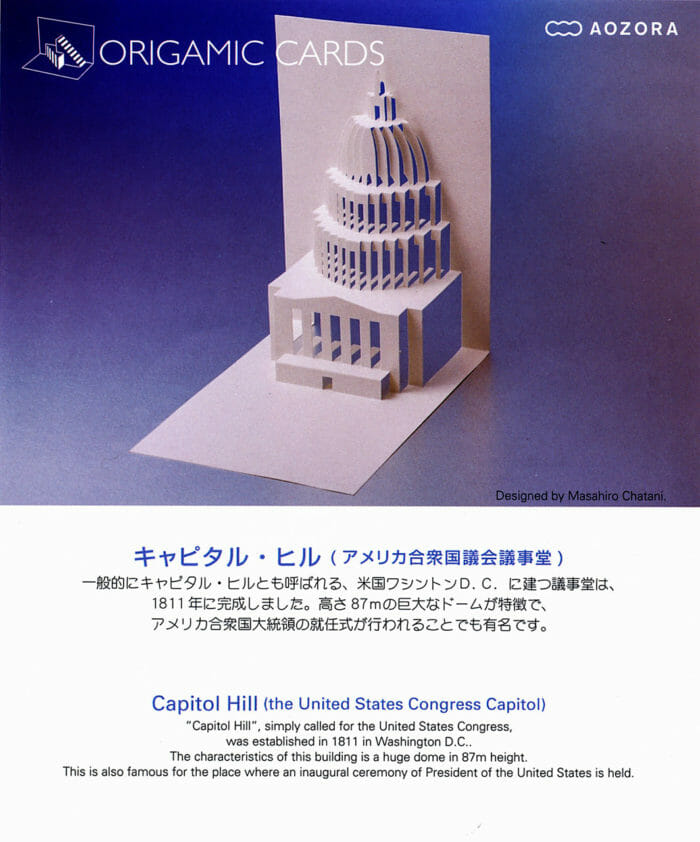 Perfect for patriots and architects alike, this gorgeous and intricate pop up card models the center section and dome of the U.S. Capitol Building.

This Washington, D.C. landmark has housed the United States Congress since 1811 and, is known simply as “the Capitol” or “Capitol Hill.” The building features an 87 meter high dome. U.S. Presidents are inaugurated in this building.

More about the U.S. Capital Building

Easily identified by the beautiful dome and nineteenth-century neoclassical architecture, the U.S. Capitol Building stands on Capitol hill, about a mile from the White House. It was designed by William Thornton. The first President of the United States, George Washington, laid the first sandstone cornerstone in 1793.

The two wings were designed for the two divisions of the U.S. Congress, the House of Representatives and the Senate.

Damage by British troops in 1814 led to the addition of a large copper and wood dome. Later expansion of the building to accommodate the increasing number of lawmakers included a cast-iron double dome, three times larger than the original.